Which comes first, the chickens or the coop? It’s not your classic ‘chicken or the egg’ question – the coop always comes first right? It would be crazy to get 60 chickens before there’s somewhere to put them. 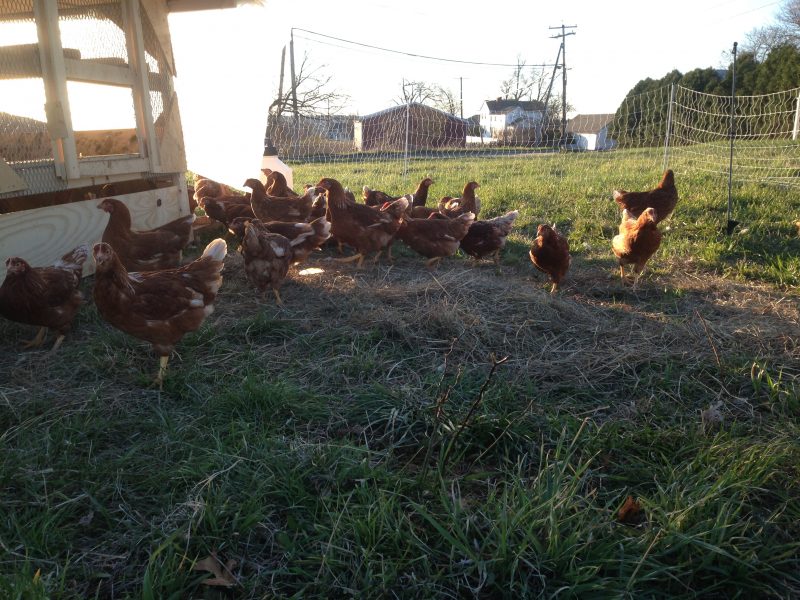 Crazy, indeed, was last week. I was expecting the chickens to arrive right around now, but instead they came a couple weeks early. Nevermind the fact that I’ve known roughly when they will arrive since January, and have been building the coop in my mind for the last 3 months…their early arrival still caught me by surprise. With much help from neighbors and friends, we 95% built a coop in the two days just before the chickens arrived. Unfortunately, that 5% uncomplete included a door and the means to drag the coop out of the barn and into the pasture.

On my second straight almost all-nighter working on the coop, I went to go pick up the ladies at 10:30pm down in Uxbridge. With nowhere safe to keep them at night, and no gas left in my tank, they stayed crammed in dog crates in the bed of my truck in my garage overnight. They got some freedom the next day, but their temporary pen was not predator proof, so we stuffed 60 chickens back in their dog crates and took them home again. The coop was finally ready the following night, but chickens are creatures of routine, so they all piled in their dog crates that night and we had to stuff 60 chickens into the coop that night (and the next).

I’m happy to report, however, that I’ve been chicken stuffing free the past two nights. Having never been outside before, the chickens are adjusting well to pecking around the pasture in the sunshine – it’s almost like they were made for it!

Happy eggs from happy kung-fu chickens coming soon. In the meantime, it’s a meat week so stock up on your happy beef and pork by emailing info@nullshortcreekfarm.com by Sunday evening. 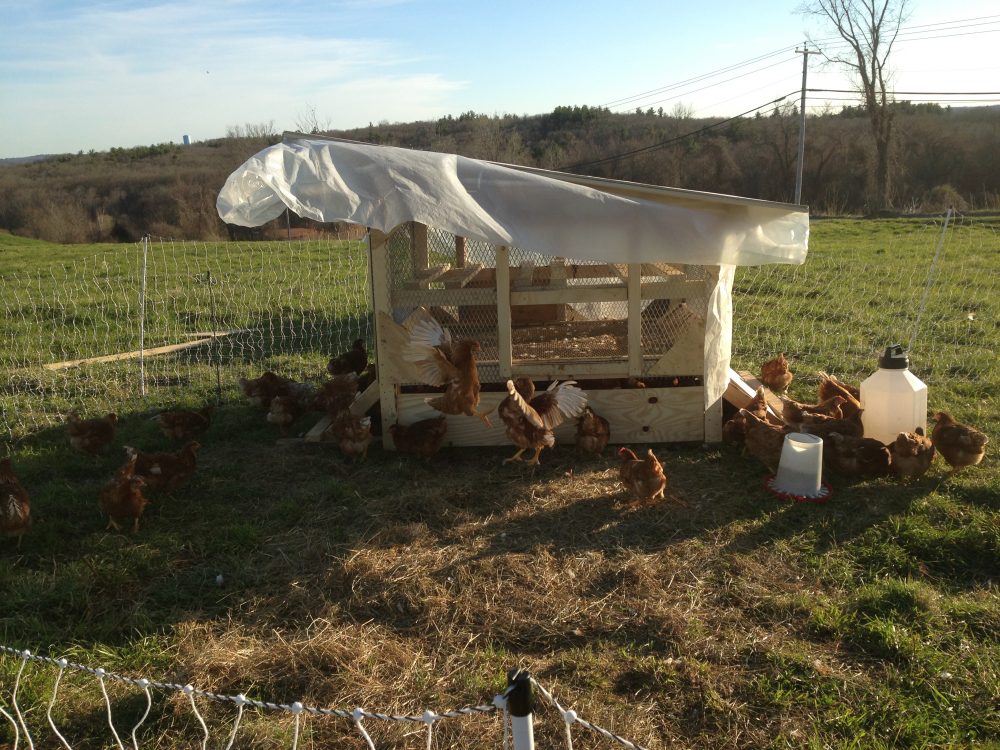