Happy June y’all! Wow, what a few weeks it has been! I mean months. Time flies when you’re having fun, or when you consolidate three months of work into a few weeks. The long, wet end of winter we had seems like a distant memory, but it was only a month ago that I was dying for some sunshine and warm weather. Careful what you ask for…it’s too soon in the season for 90s, let alone half a dozen of them in the last two weeks. Could we get a few weeks of spring before winter starts again!?

Cliff Notes:
Eggs, Meat, and (some) Greens available this Monday from 4-7pm! Plenty of eggs and maybe a few yummy greens from Potter Hill, and pastured meat and handmade sausages available for purchase from Jeff at Short Creek Farm. Veggies and eggs will be first come first served, but you must order your meat by Sunday evening by emailing jeff@nullshortcreeknh.com

Jenni and Paddy Rose spent the last week in Ohio visiting the family, so I’ve been working sunup to sundown trying to catch up. Literally. And we’ve made great progress, so I’m finally coming up for air…ironically in an urban park in Eastie. Jenni left her laptop and iPad in security on the way out of town, and since lost and found closes at 4 and she’s not getting in till 730, I’ve been forced into some downtime. I consulted with my little brother, a former resident of East Boston on where to go and where to eat. I ended up at this gorgeous park and community garden a stone’s throw from the Mass Pike and two minutes from Logan. I definitely feel like a fish out of water here with my Carhartts and John Deere gear on, but what an oasis this place is! Next up is some good food at my little brother’s favorite hole in the wall. Apparently, you can find good food, and people growing good food, anywhere! 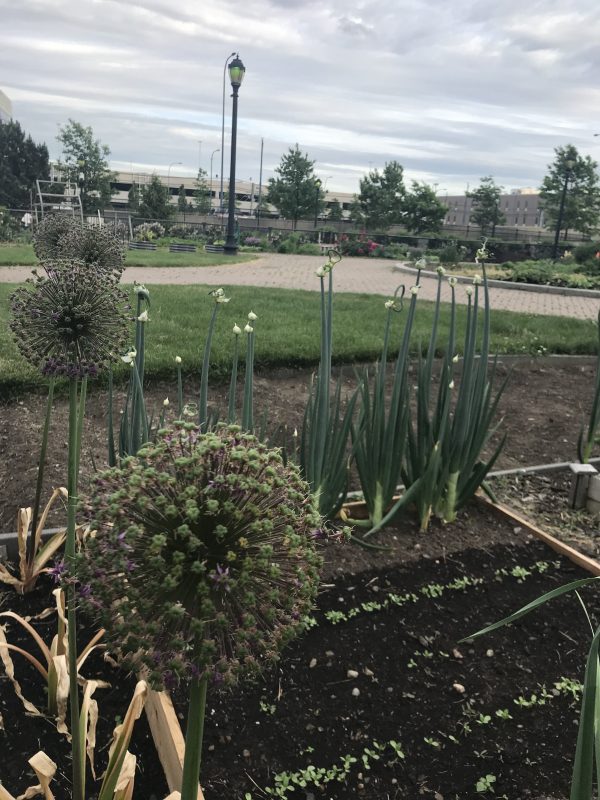 It’s been an up and down start to the season so far, but I think most of the perceived downs are only a result of my lofty expectations for the year. With our heavy, rich soils, we’ve always got a late start. Thanks to my experimental dive into no-till farming, I was in the ground much earlier than last year, though also much later than I was hoping. The first market of the season previously has been a source of stress in terms of what, if anything, I’d have for sale. It’s still a few weeks off and already we have plentiful lettuce, bok choi, swiss chard, kale, radishes, salad turnips, cilantro, spinach (huge beautiful leaves), pea tendrils, and micro greens. And eggs, lots and lots of eggs! Next year I intend to start the pickups regularly by now – this week is just a teaser of what’s to come! 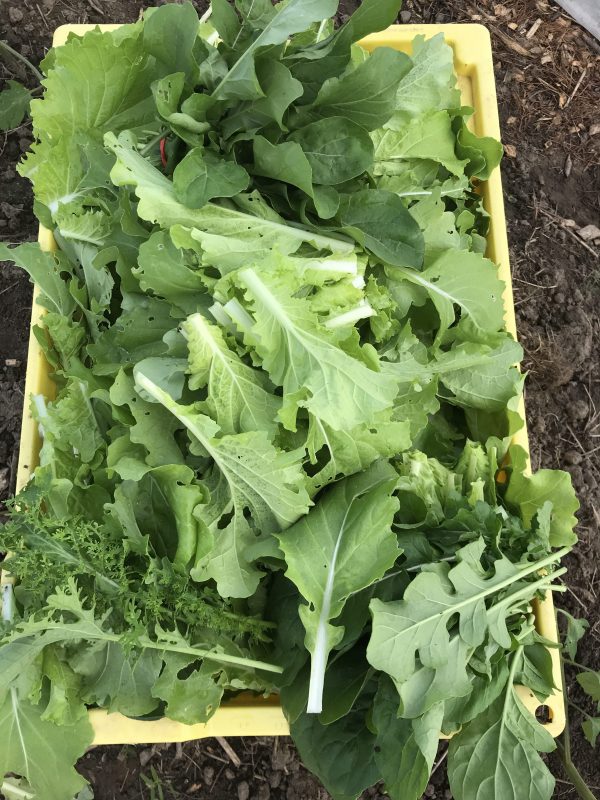 Check out what Jeff has for sale via this link. While Jenni was gone, I survived almost exclusively on sausage from his farm, combined with our greens and eggs. It’s not a long-term diet I intend to follow, but I ate REALLY well! Looking forward to seeing some of you Monday!