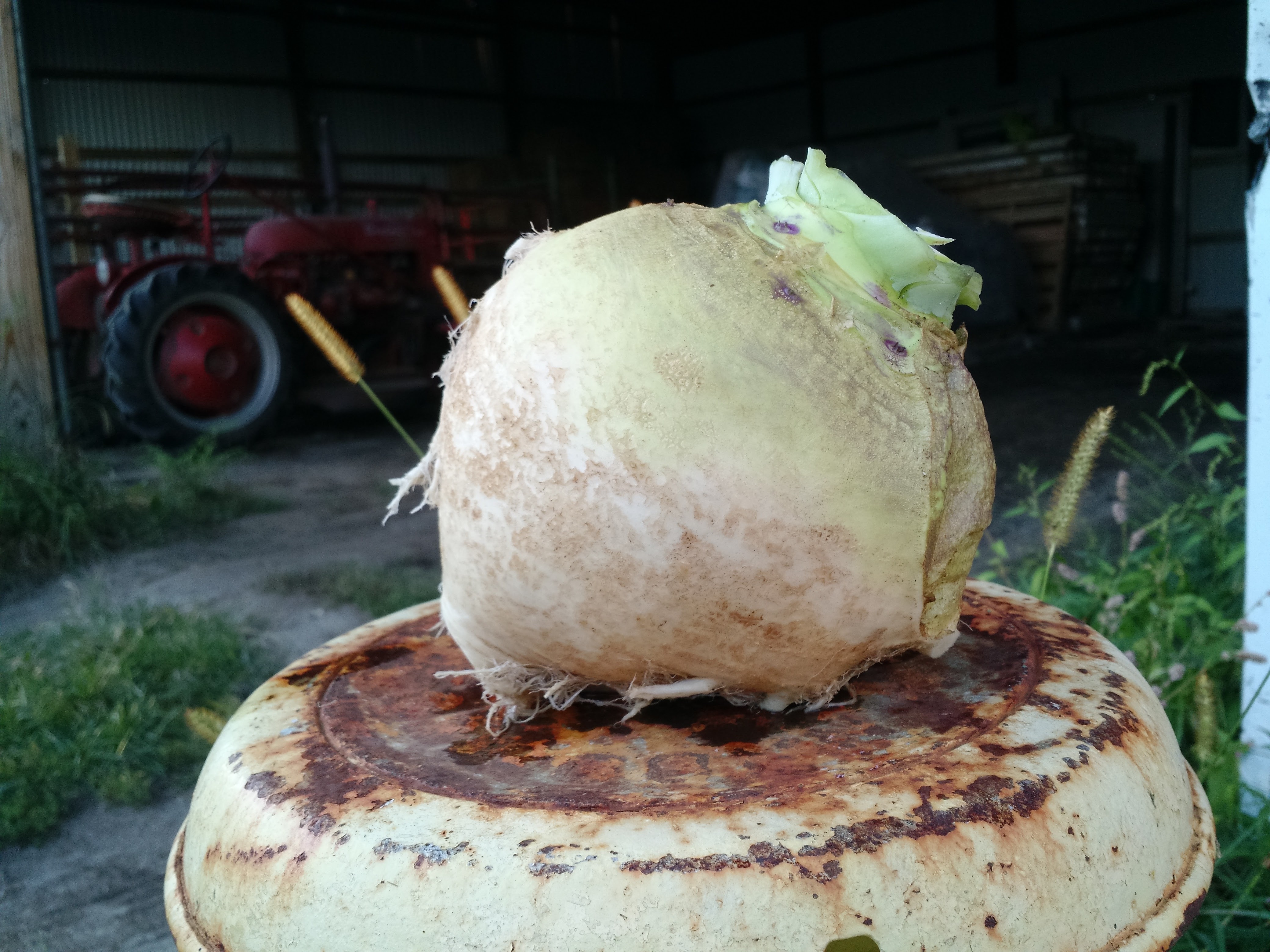 It’s been a great summer and fall in the garden.  I’m not sure we’ve ever had so much good stuff for sale so late in the year.  Carrots, rutabaga, beets, celeriac, squash, cabbage, kohl rabi, and even some green things like cabbage, tatsoi, and kale.  Plenty of variety for your Thanksgiving dinner.  Here’s a few ideas…

Roasted rutabaga – One of my absolute favorite things, especially with these sweet white Gilfeathers.  Just peel and chop into smallish pieces, then roast on a sheet pan until golden brown.  It helps to cover them with foil for the first 20 – 30 minutes.

Steamed carrots – This one’s easy.  Peel, slice, and steam until just tender.  Toss with butter, squeeze a bit of lemon on top.  Salt.  These carrots are so good, they don’t need much.

New England style southern-style greens – This works best with some rich pork stock, as you might make from simmering a smoked pig foot for several hours in a low oven.  But you could use chicken stock, if you must.  Heat a couple Tbs of lard in a large pot.  Add 1 sliced onion, cook until translucent.  Add 1 chopped dried chili and a bunch of salt.  Add kale (or mustards) and cook until they start to wilt.  Add a cup of stock, stir greens around until they wilt down.  Add 1/2 cup cider vinegar and enough additional stock to just cover greens.  Simmer for 1-2 hours, until tender – mustards will cook faster.  Salt to taste.

Just add turkey, stuffing, and gravy for a proper feast.

Thank you all so much for your support this year.  Have a great Thanksgiving!