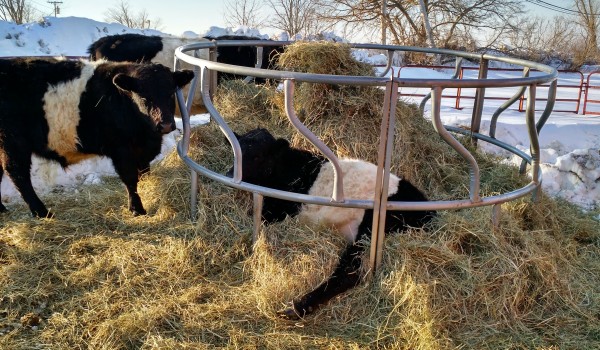 Spring is here!  Wait… spring is here??  Could have fooled me.  May not be much more snow in the forecast, but there’s too much on the ground for my liking.  Even with all the melting, there’s still too much snow in the pasture behind the barn for us to get out and fix the electric fence.  Looks like the cows will be cooped up for a little while longer.

I think it was two years ago that we had an incredibly mild winter, almost no snow.  I was out in the fields on the tractor in the last week of March, turning the soil.  This year, we’ll still have snow on the ground in April, and who knows when the ground will firm up enough for tillage.  The good news is that our first leeks and onions are sprouting in the greenhouse.  Let’s hope for some heat so that we can get a home ready for them in the garden.

As long as winter intends to stick around for at least another week, you may as well do some more roasting and braising.  We have several different cuts of beef and pork that would be great in the oven or crock-pot.

We should have some carrots this week, but the supply may be limited.  Either way this will be the last week for carrots, still just $0.75 / lb on account of their rough outside appearance.  Also, note that pickup will be at the Brigham Hill Community Barn FROM 3PM TO 6PM through the end of April. 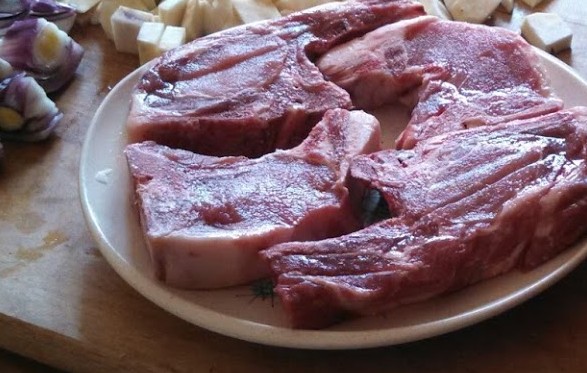 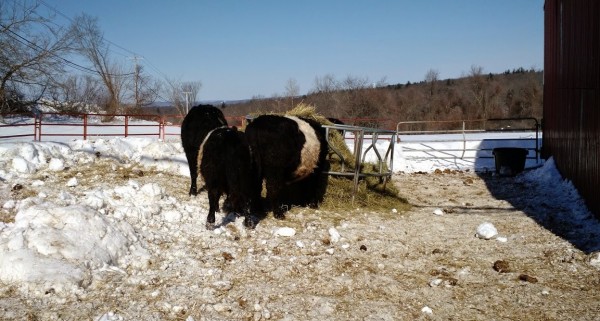 Busy morning today.  Up to Tufts to grab a round bale for the cows, but now they are all set for the next few days, at least.  Paul and I spent some time trying to rake the snow drift off of the barn roof, to make room for more coming.  Looks like some snow – just a bit – this weekend, but hey, at least it will be mixed with some rain.  And then possibly some more mid-week, but we’ll have to wait and see how that plays out.  One thing is certain – this year, we’re going to have one heck of a mud season.  Might have to invest in a pair of bog waders just to get anything done during the month of April.  But spring will come, one way or another, and we better get ready.  Time to get the seed order finished, and to start tracking down some animals to stock our pastures.

More snow may be in the forecast, but it looks like we are in the clear for Monday.  Plenty of carrots, beets, and celeriac to go around, and still a decent selection of beef and pork. 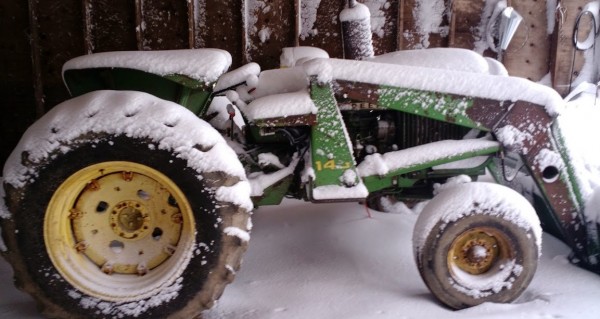 Just before the first big storm in this completely unholy string of snowstorms, the John Deere tractor decided that it was not going to start.  And so, in spite of the kind efforts of some neighbors and a mysterious stranger with a very large machine, the snow has really been piling up in front of the barn.  Well, after a lot of head-scratching and a full complement of scraped knuckles, I finally got the tractor running again.  Starter motor had finally given up the ghost after 40 years of service – a relatively simple and inexpensive fix once I finally figured out what the problem was.  There’s really nothing like the sound of an old diesel motor turning over and roaring to life on a cold winter afternoon.  And those fumes, those incredible fumes!  That is the smell of victory, my friends.  And just in time to get things cleared up a little bit before we get whacked with another foot of powder.  Let’s hope that the old tractor can push through the accumulated snow drifts deposited in front of the barn by a very crotchety Old Man Winter.

Looks like we’ll finally have a snow free Monday, so we’ll be back in business at the Brigham Hill Community Barn.  Hit the website to place your orders.