Picked up our first batch of feeder pigs yesterday from the Natick Community Organic Farm.  And they are very pink, and yes, I’ll admit, they’re very cute.  But, I promise they stop being cute right about the time they tip the scales at 200 lbs.  And to go from 20 lbs to 200lbs in 6 months, they need to eat.  A lot.  Help us pay the grain bill and sign up for a 2015 Pastured Pork CSA Share!

If you want to try some sausage (or restock your freezer), place an order for pickup on Monday. 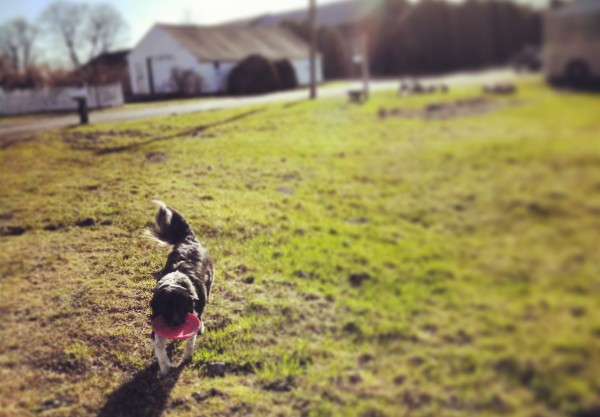